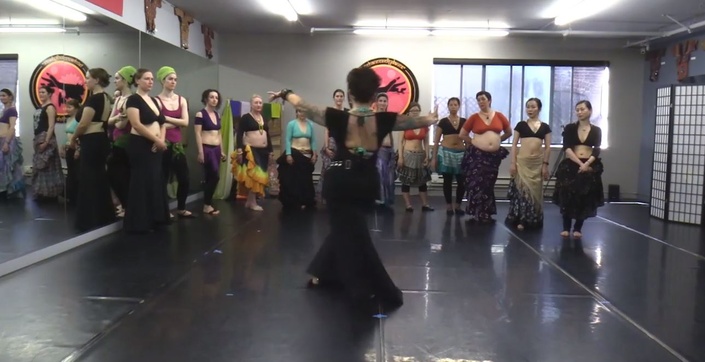 Dancing Between the Steps

In this class, Carolena focuses on the space between each step, the transitions! This is an advanced class so please be versed in the basics: Taxeem, Bodywave, Hand Floreos and Arm Undulations, Shimmy, basic Arabic, basic Egyptian, Pivot Bump and Choo-choo. 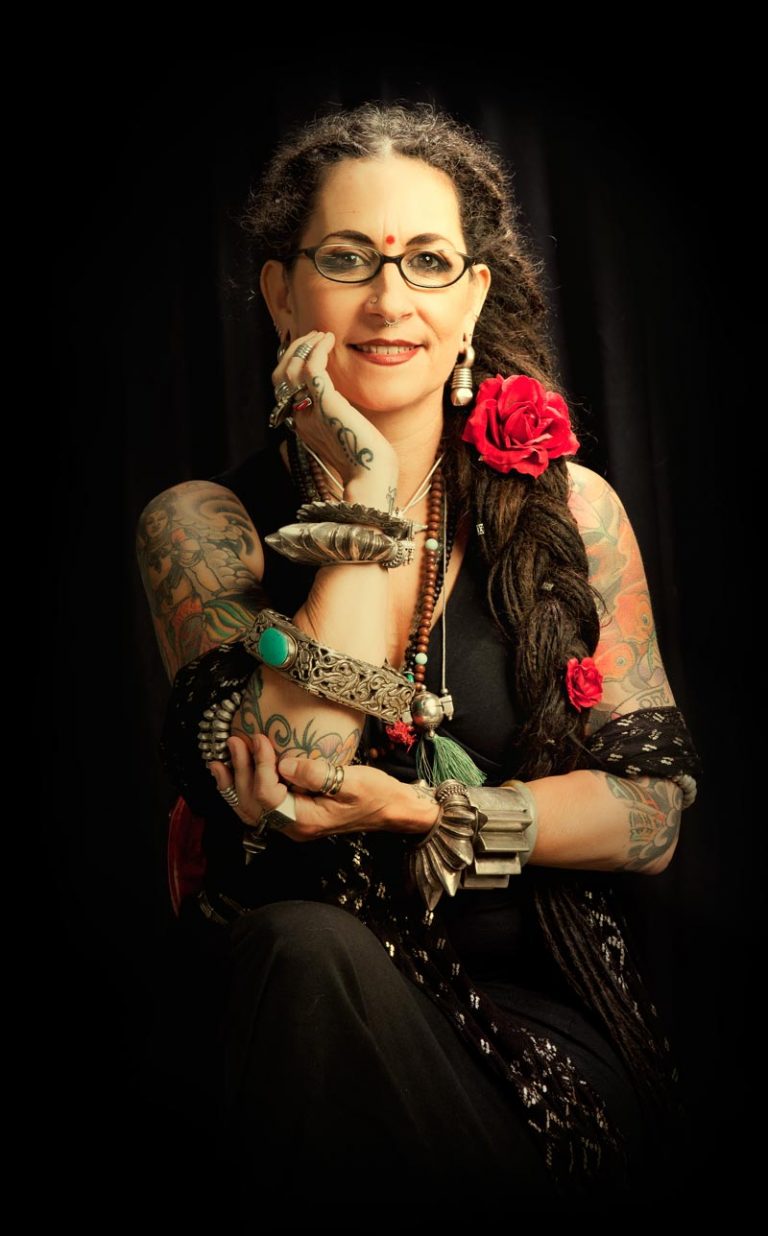 In 1974, Carolena began dancing with Masha Archer and the San Francisco Classic Dance Troupe. Masha’s style was an eclectic blend of classic Egyptian, Folkloric, and any other influence that she found enticing. In 1987, after the SF Classic Dance Troupe disbanded, Carolena began teaching in a small studio in the Noe Valley Ministry. Her only goal was to teach people to dance so she could have dance partners.

Being young and tattooed, Carolena attracted other young people living alternative lifestyles. The Modern Primitives movement was also underway. Tattoos and primitive styles of body adornment were the vogue. Carolena and her students performed at tattoo shows and conventions and became well known in the City by the Bay.

Picky Technique
Available in days
days after you enroll

When does the course start and finish?
The course starts now and never ends! It is a completely self-paced online course - you decide when you start and when you finish.
How long do I have access to the course?
How does lifetime access sound? After enrolling, you have unlimited access to this course for as long as you like - across any and all devices you own.
off original price!